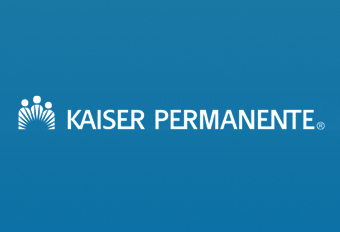 I served as Art Director and UX/UI Director for this title. A sequel to Playdom's successful Mobsters and Mobsters 2 titles, this game changed key RPG mechanics to become a base conquest game with live combat. I led a team of artists and designers split between Argentina and the U.S., providing Art Direction & Concepting, Interaction Strategy, UX/UI, Prototyping, and Sound Design.

The official trailer for Mobsters: Criminal Empire. I was the art director and script writer, and provided art and sound assets to our After Effects guru. 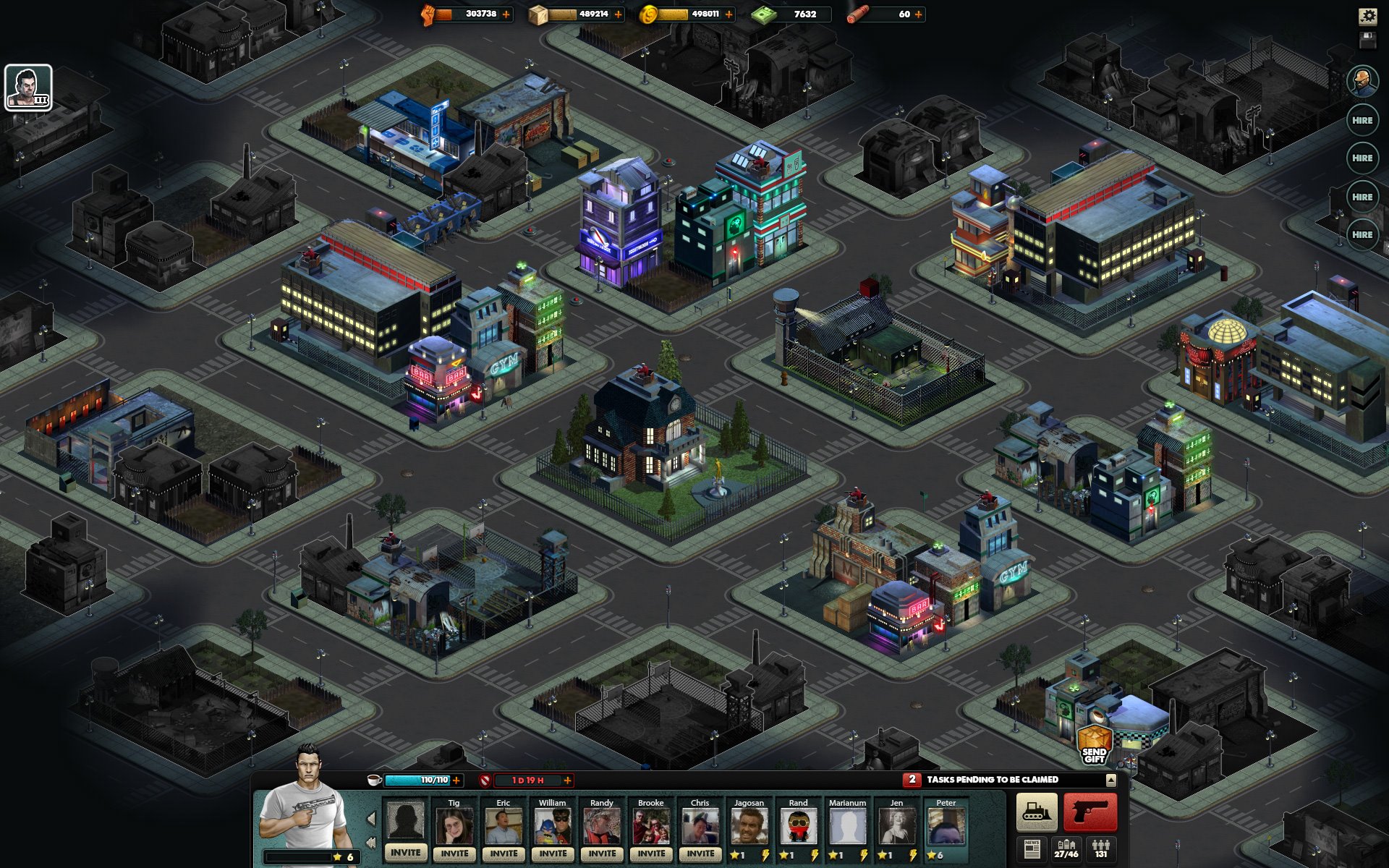 MCE broke from the older 'RPG-lite' world of static text and images to described encounters. It was an active, dynamic world where players could become Mafia capos, re-making an entire section of their city as a base of operations. This city was the setting for story-based missions, as well Player-vs.-Player attacks launched against rival bases. 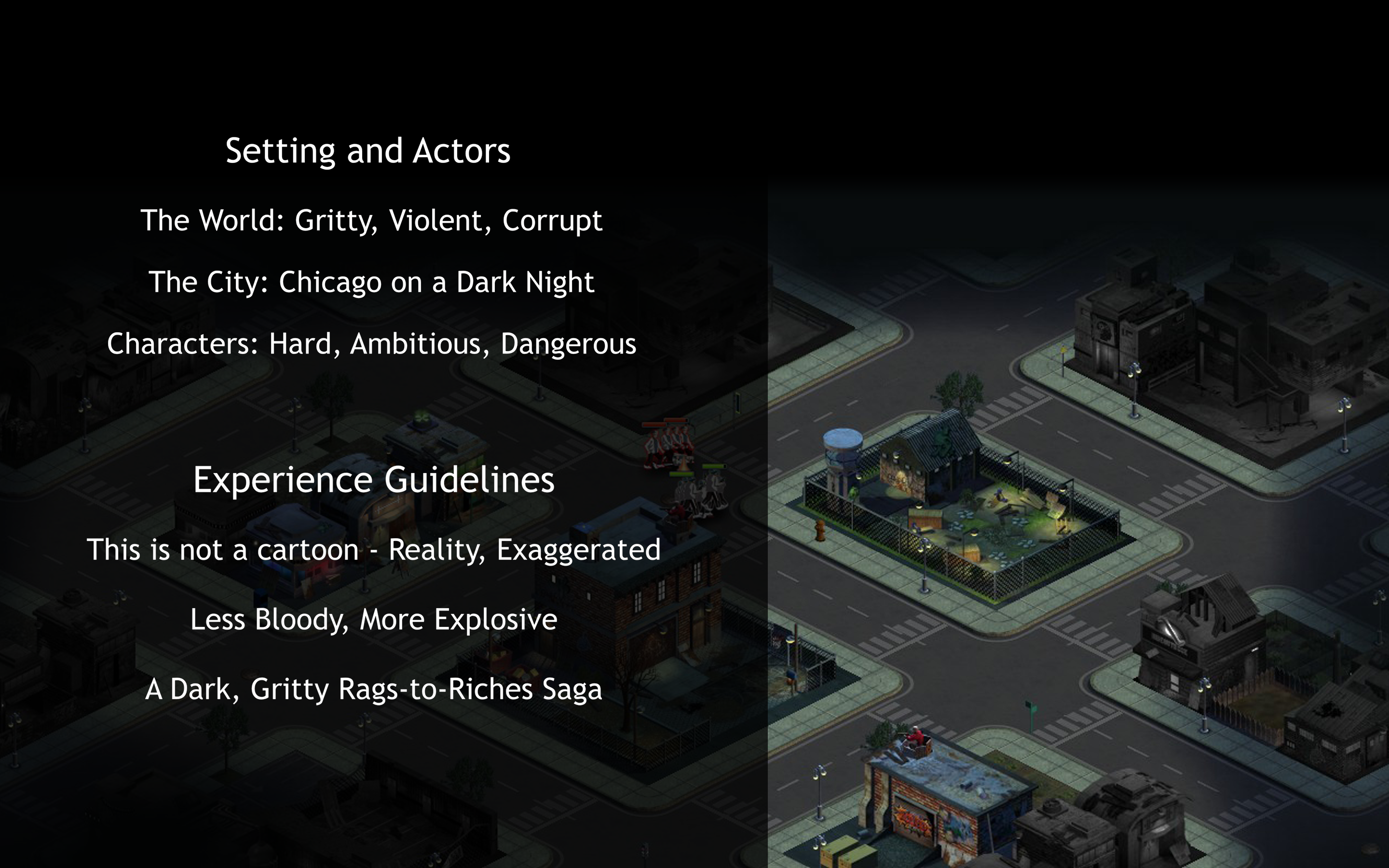 I provided general guidelines for UI visuals, character and setting designs in order to evoke a particular mood in-game.

Chicago has a long and storied history of organized crime, so provided an excellent starting point for location reference. 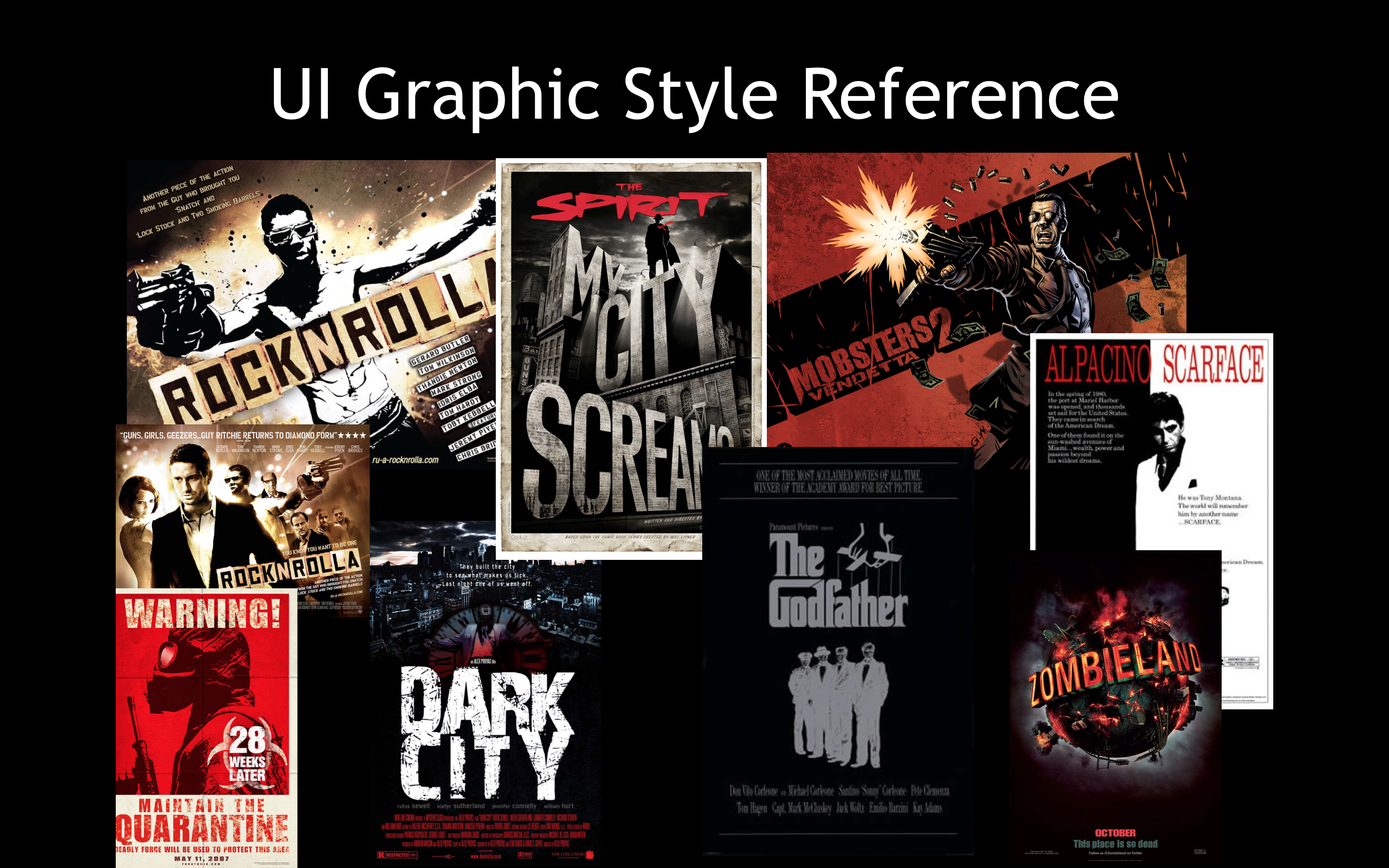 I art directed the visual branding of the game, after consuming exhaustive amounts of Mob-themed movies and entertainment and chatting with fans of the existing games as well as Mafia content in general.

Much of the branding was inspired by posters and graphic design from contemporary crime- and mob-themed movies. 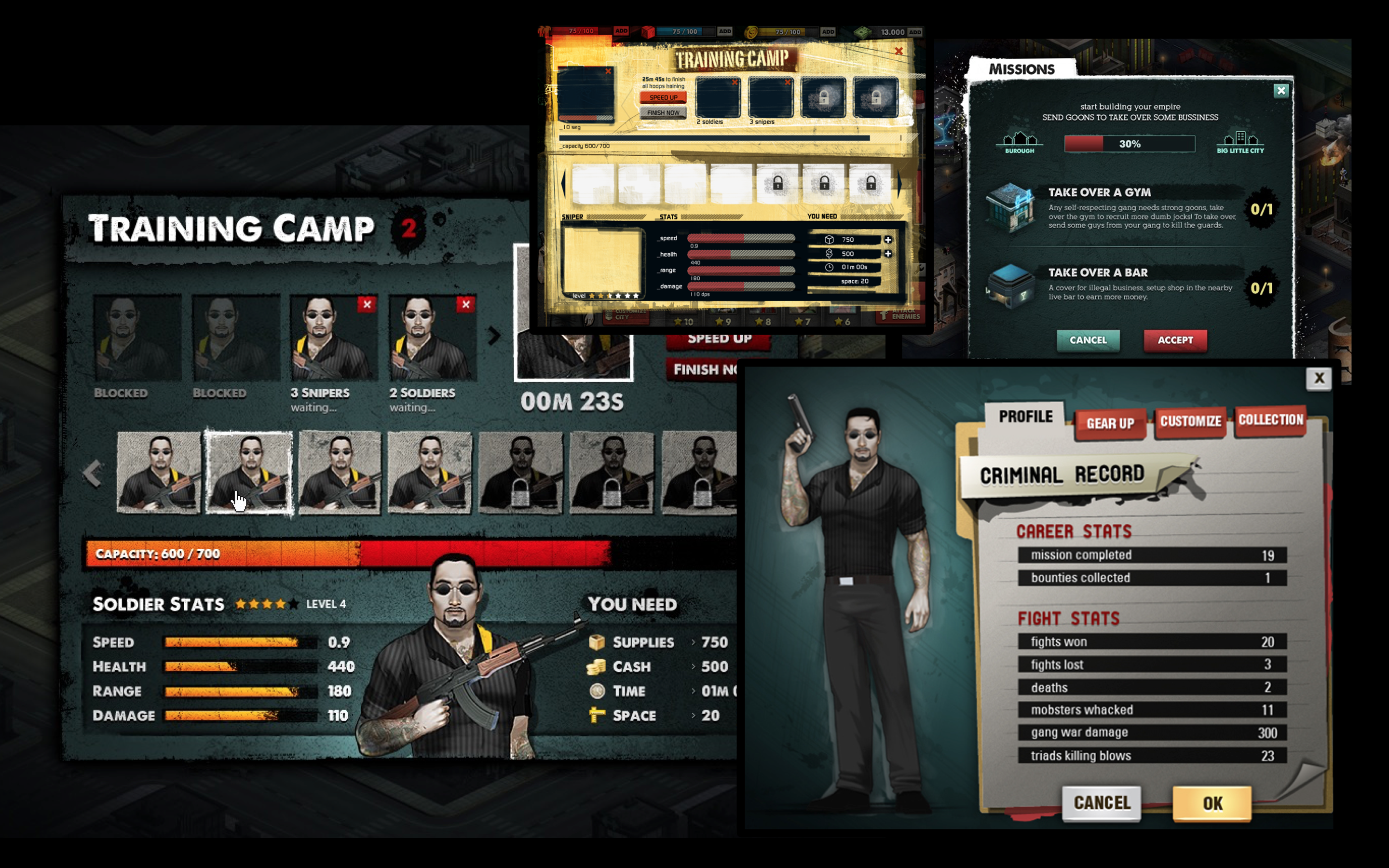 Visuals for the UI followed a gritty theme drawn directly from the reference materials. The team and I together chose a hybrid of these styles, capturing the grittiness we wanted while providing good contrast that ensured visibility and prominence of interactive controls. 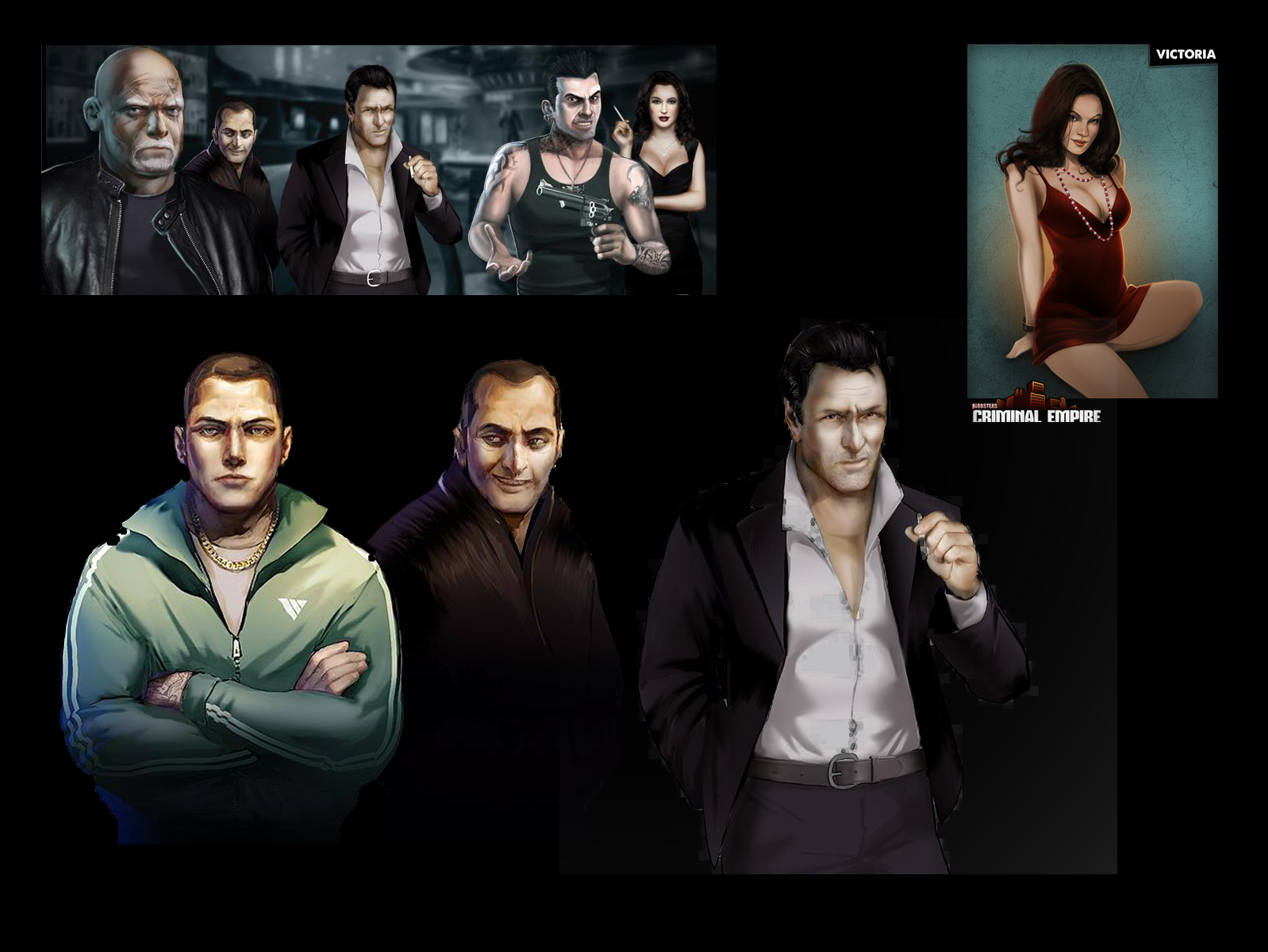 I based designs for major storyline characters on combinations of movie characters who were mobster/moll types, and on pop culture archetypes for similar roles. 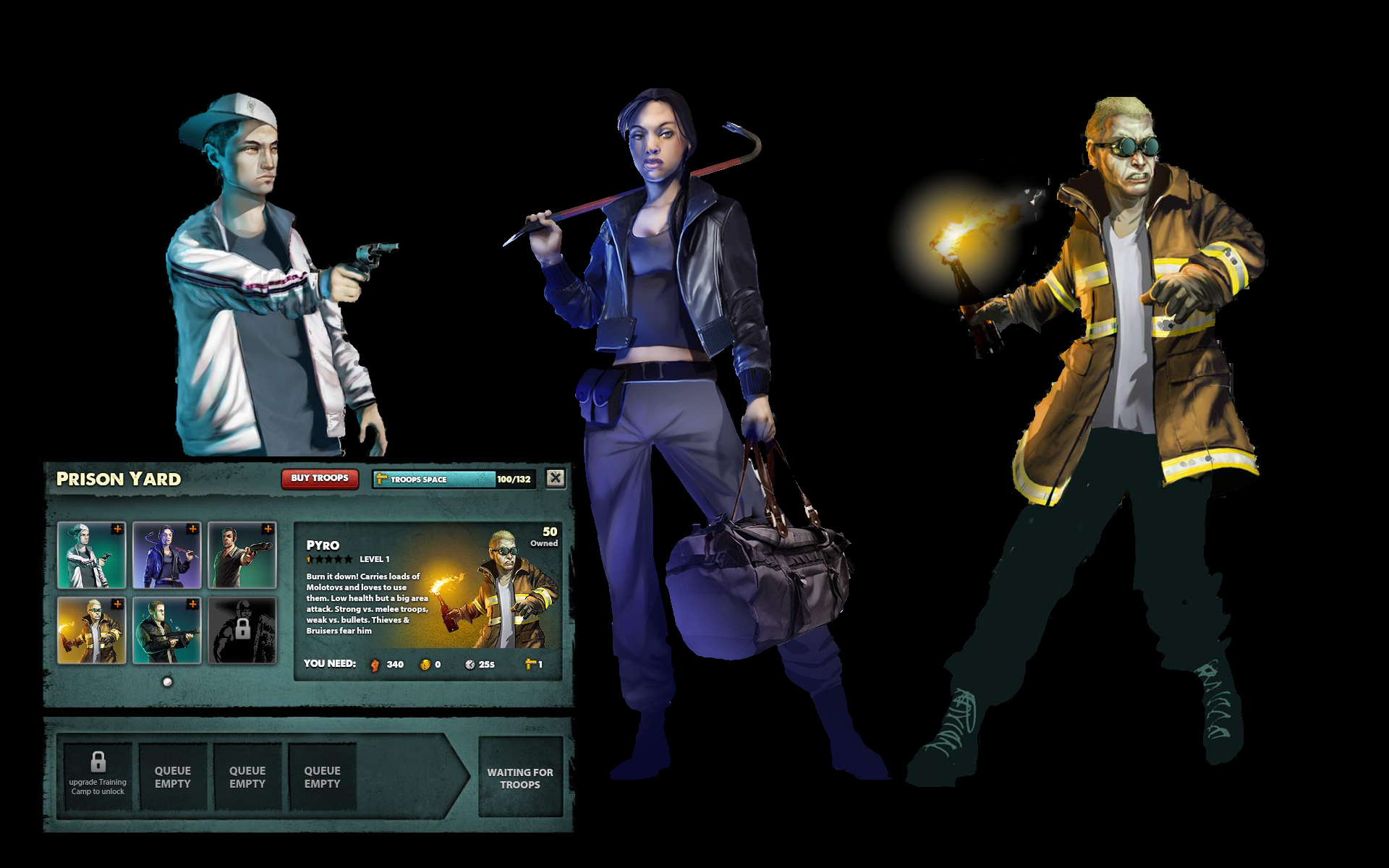 Troop types had a look and color identity based on their roles. Buildings that corresponded to these troop types also used similar colors.

All troops were expendable by nature, so they had to have less charisma and interest than storyline characters. 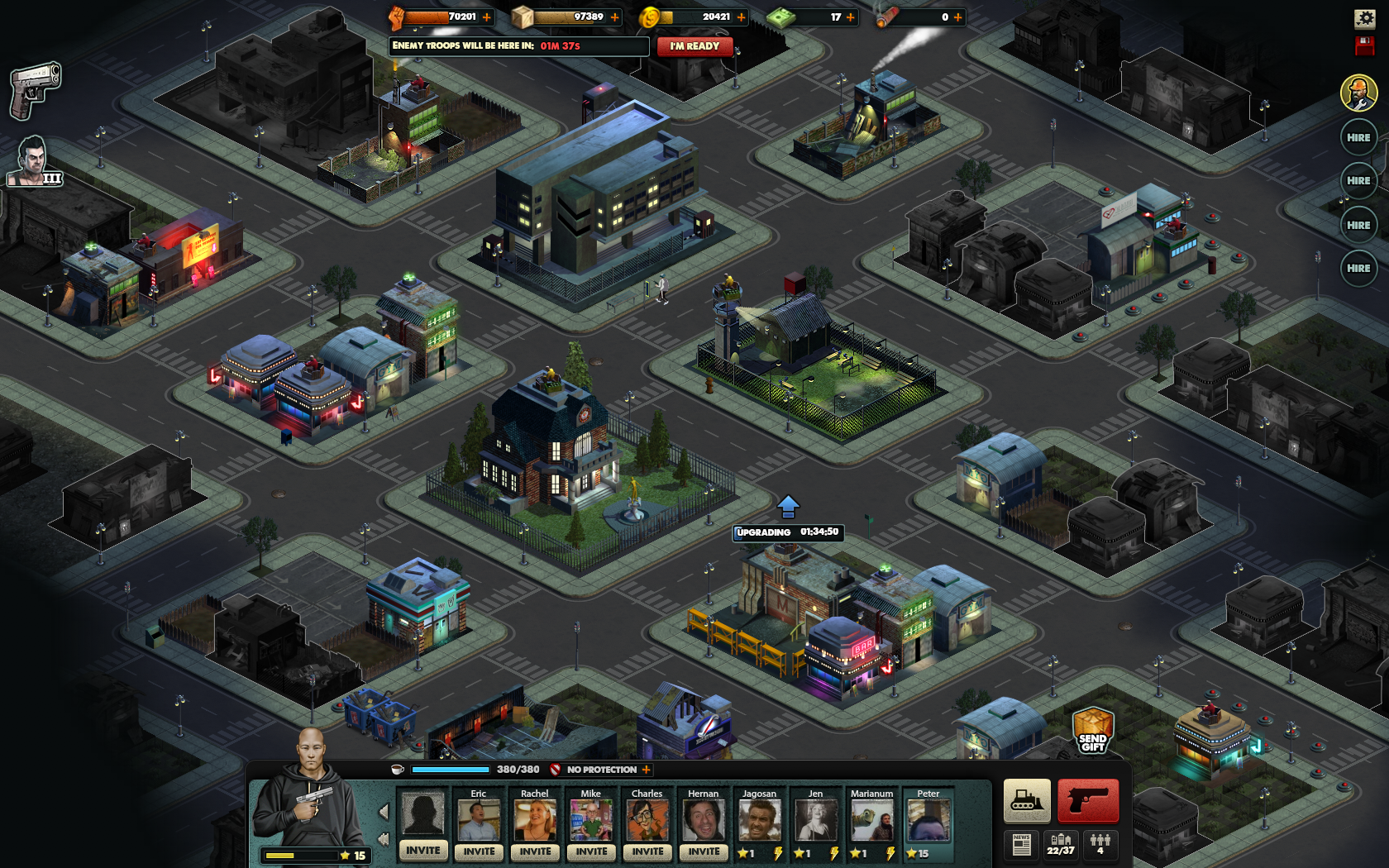 In-Game UI was designed to allow visibility of as much of the screen as possible, while still distinguishing controls from backgrounds. Icons on either side had outlines to ensure they were visible even against complicated backgrounds.